I downhill skied long before I ever cross country skied.  After growing bored of the ski areas in the Poconos where I grew up, I gave up skiing a few years. With more terrain variety in New England, I got back into the sport when I moved to Maine.  Because of the price and distance to ski areas I didn't get out as often as I would have liked, but in Maine I skied handful of  times each year.  Somewhat locally, I enjoyed skiing Sugarloaf and Saddleback.  I enjoyed hitting other northern New England ski areas each year though in New Hampshire and Vermont.

During my five years in Colorado, I skied exclusively at the local ski area Monarch Mountain.  While not as big or well known as other Colorado resorts, it featured some of the best powder in the state with no crowds. 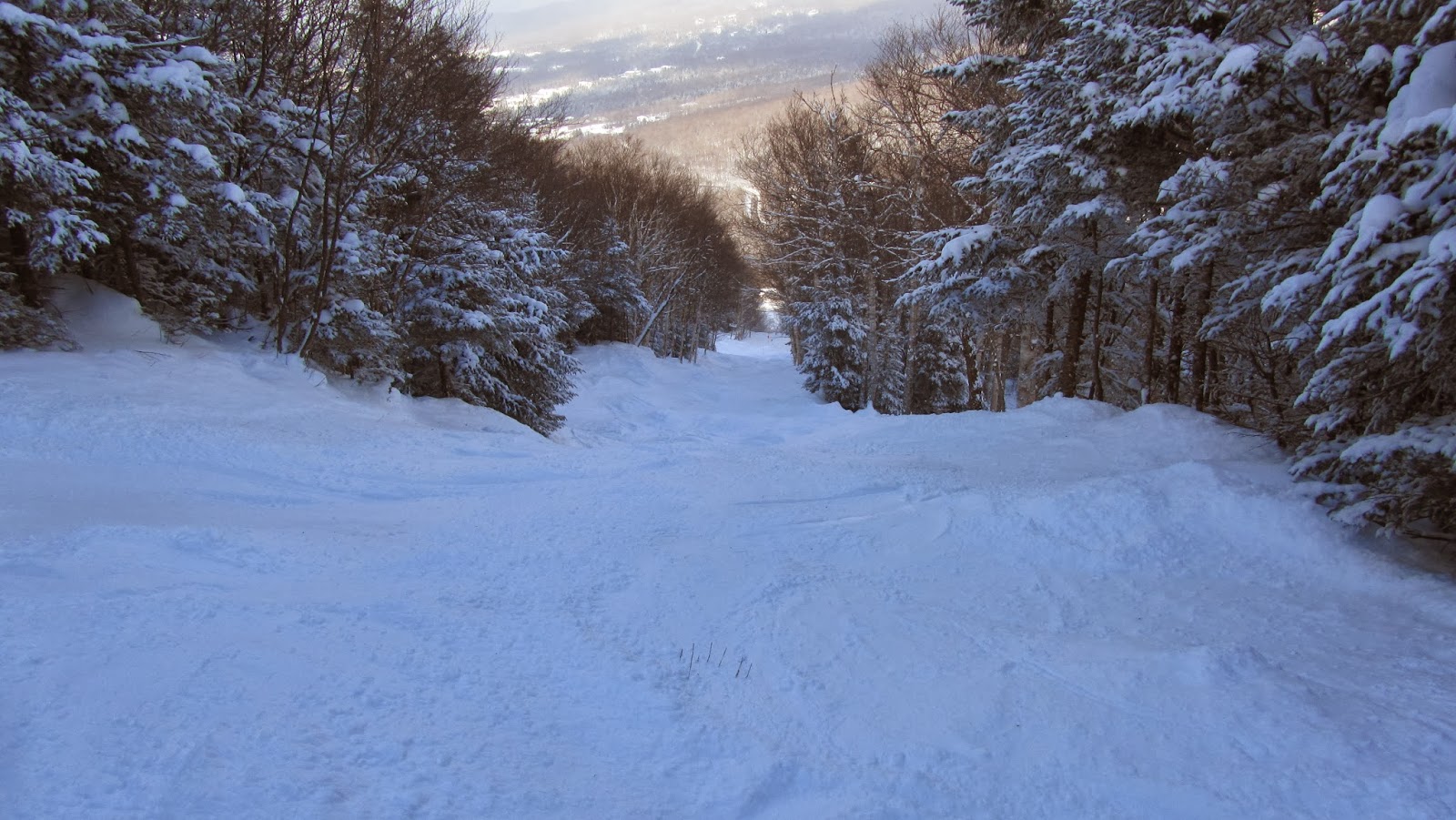 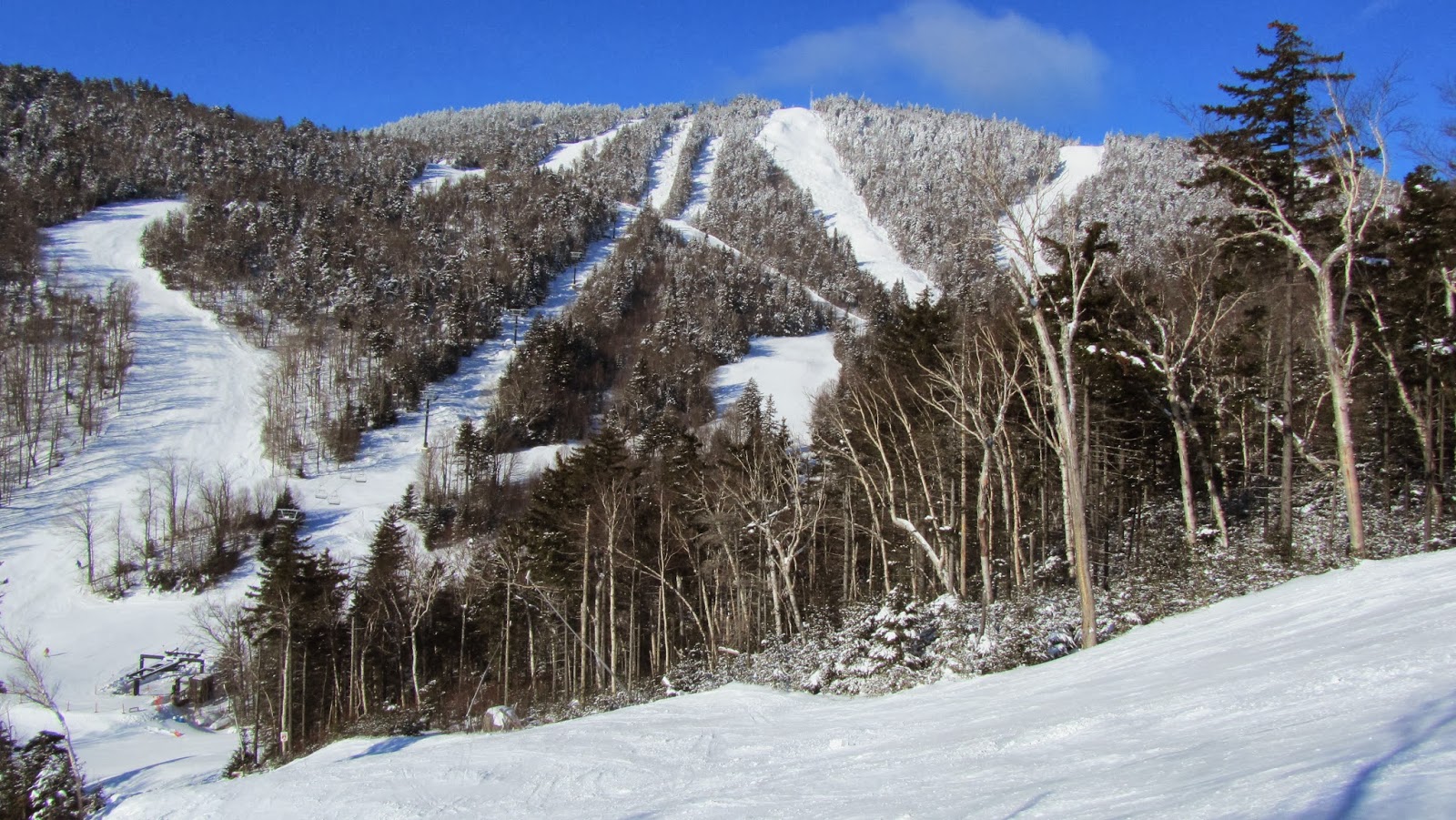 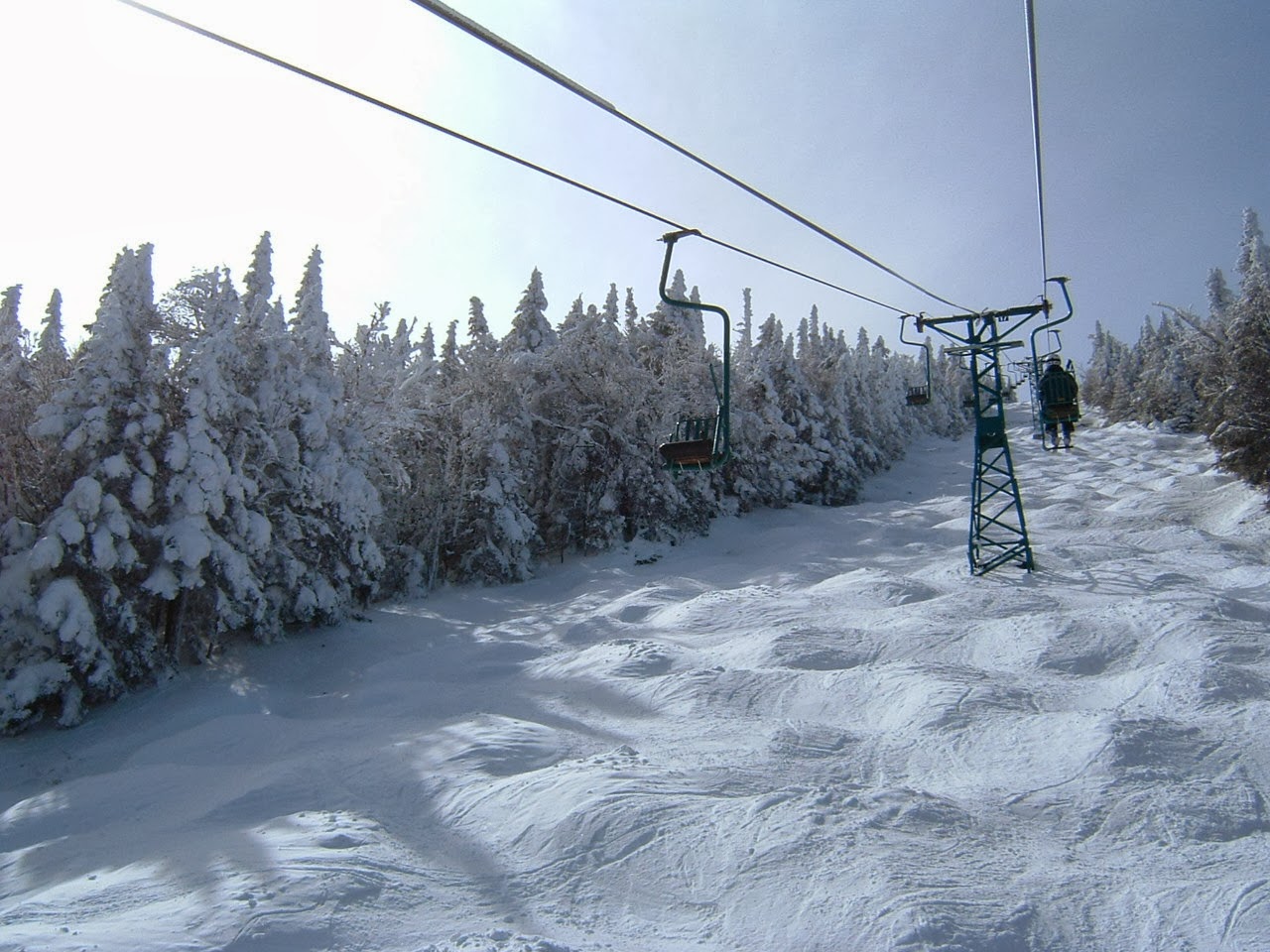 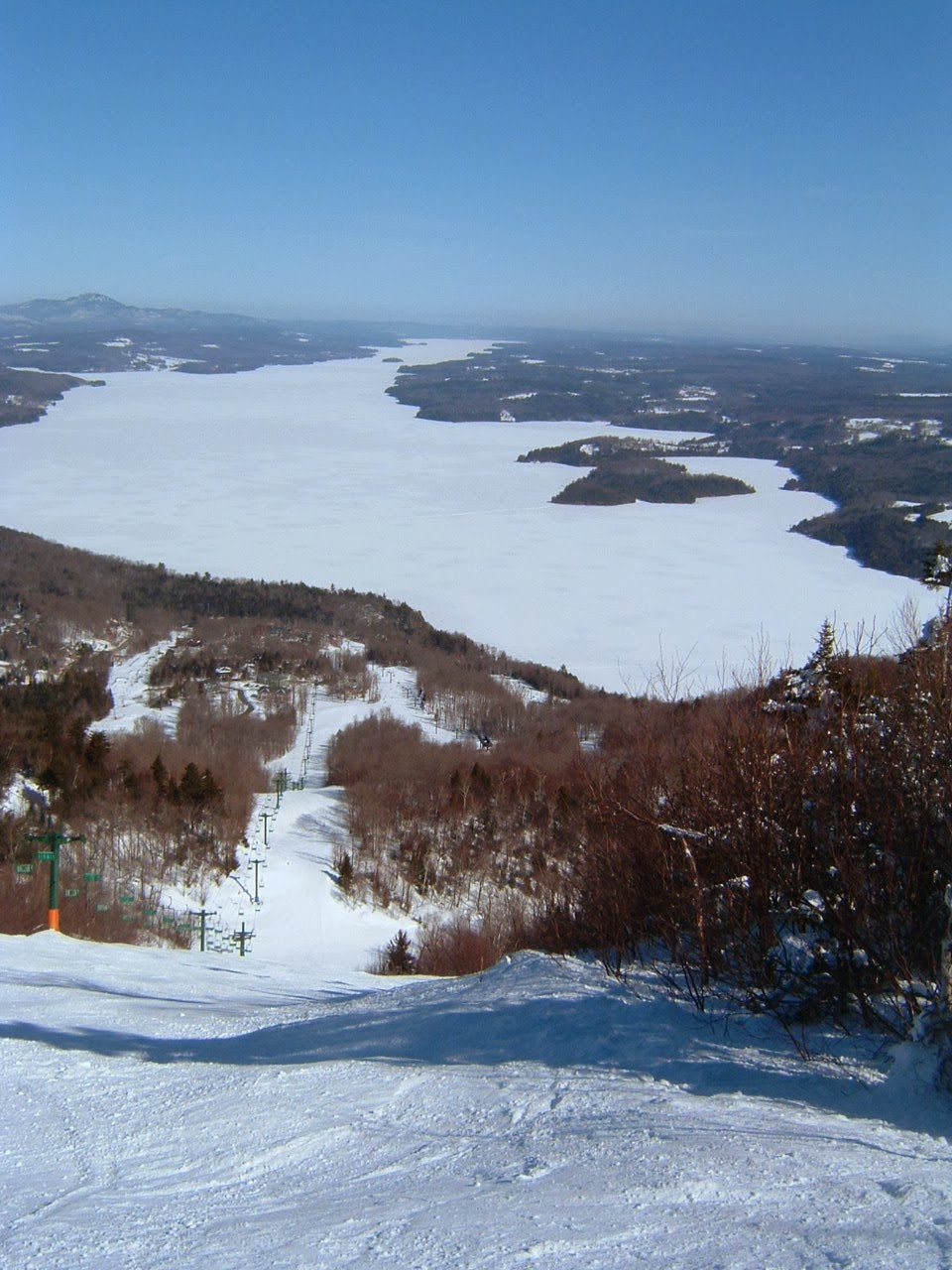 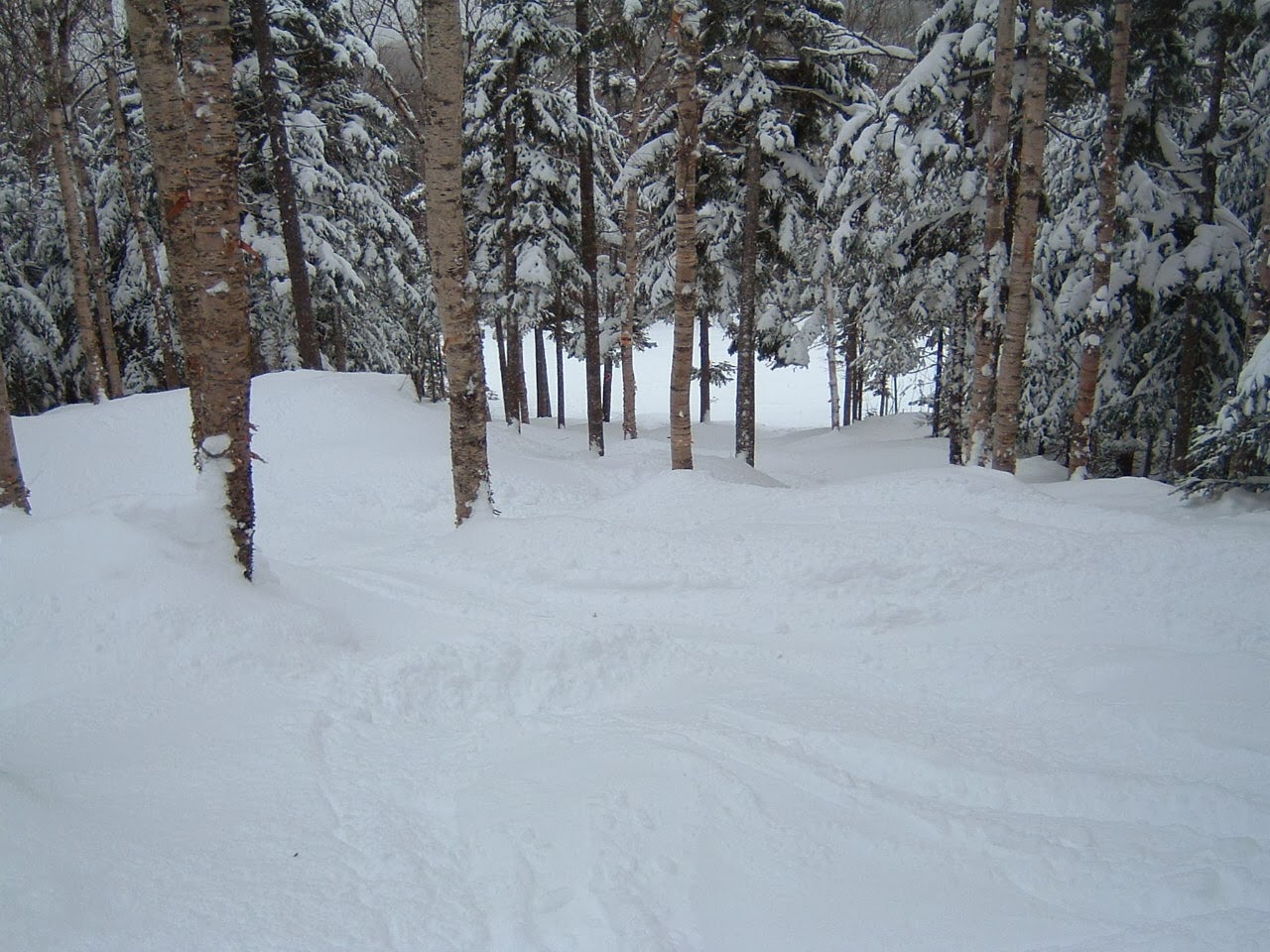 Skiing the trees at Saddleback
Because of steep increases in skiing costs over the years, I don't downhill ski too often anymore. When I can catch a deal, I'll still visit the slopes, but it's not longer my top winter sport. While I enjoy the sport, I can participate in other winter activities that are generally free after my initial investment.
Some of the places I have skied over years in the Northeast: