A Great Cross Country Ski Trip in the 100 Mile Wilderness

I have been cross country skiing the trails on AMC land in the 100 Mile Wilderness for several years.  Each year I ski here a handful of times. Nearly all of the ski traffic in the area is focused around the AMC's backcountry lodges.  Despite the activity around the lodges, you don't see too many people on the trails.  They have about 80 miles of trails on the 100,000 acre property with many of the trails groomed for cross country skiing.  Best of all, the trails are free to use, even if you don't pay to stay at one of the lodges.

The AMC often recommended Baker Loop Trail as a scenic route to ski.  I never skied this route.  I use the trails for day trips.  Skiing this trail as a day trip requires about 18 miles of skiing.  The route is usually recommend as a trip for guests staying at Little Lyford Pond Lodge, where it is about seven or so miles of skiing.  With a nice Sunday forecasted, I decided to finally explore the Baker Loop Trail.

My trip started from the trailhead on the Katahdin Ironworks Road just east of Greenville, Maine.  I had several miles to ski before reaching Baker Loop.  I chose one of the more challenging skiing routes on the AMC land.  I started on the Hedgehog Gate Trail.  This five mile trail, especially the second half is windy and hilly.  It was somewhat icy early in the morning when I started.  The ice  made for some tricky descents on the longer downhill stretches. 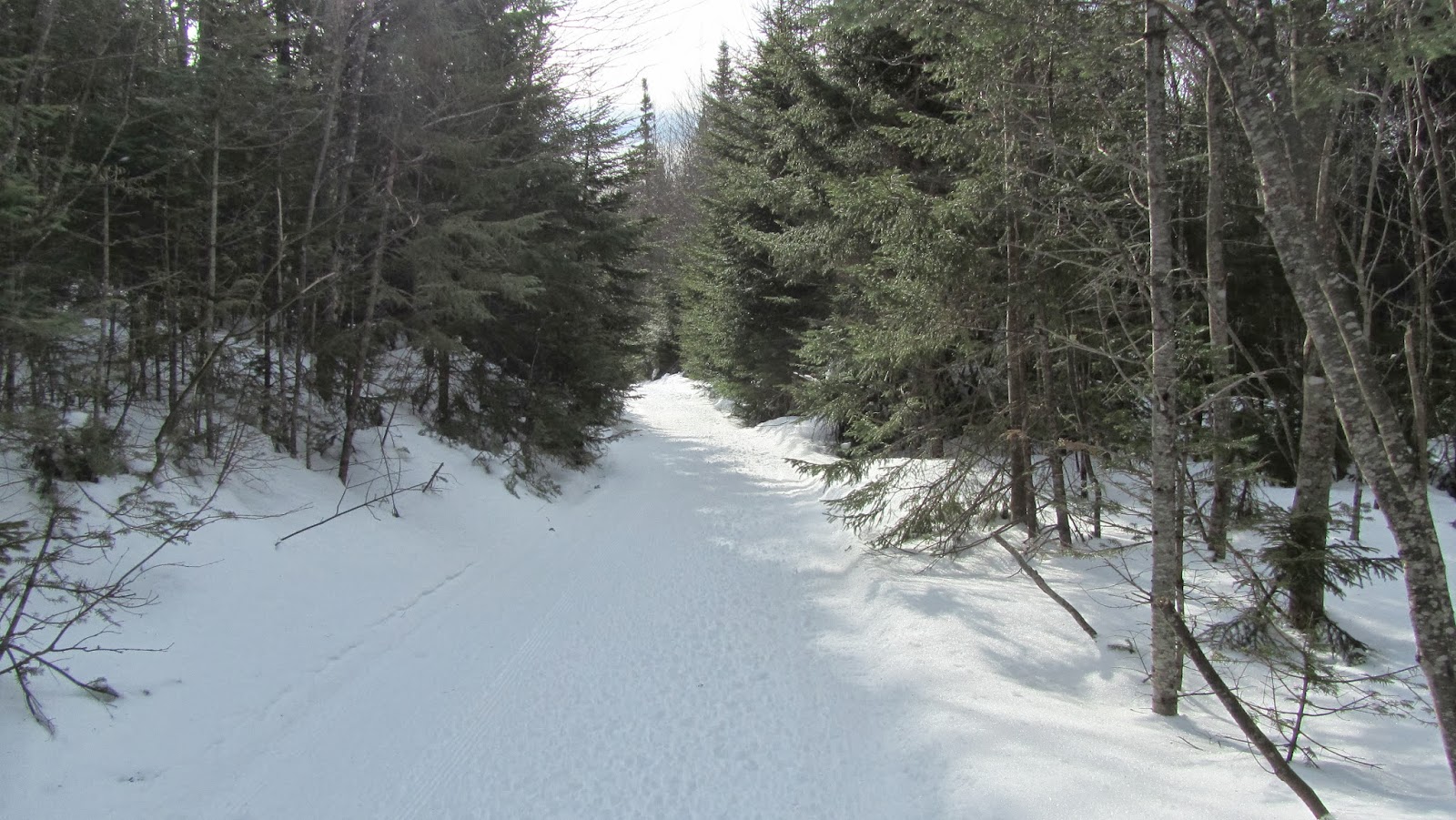 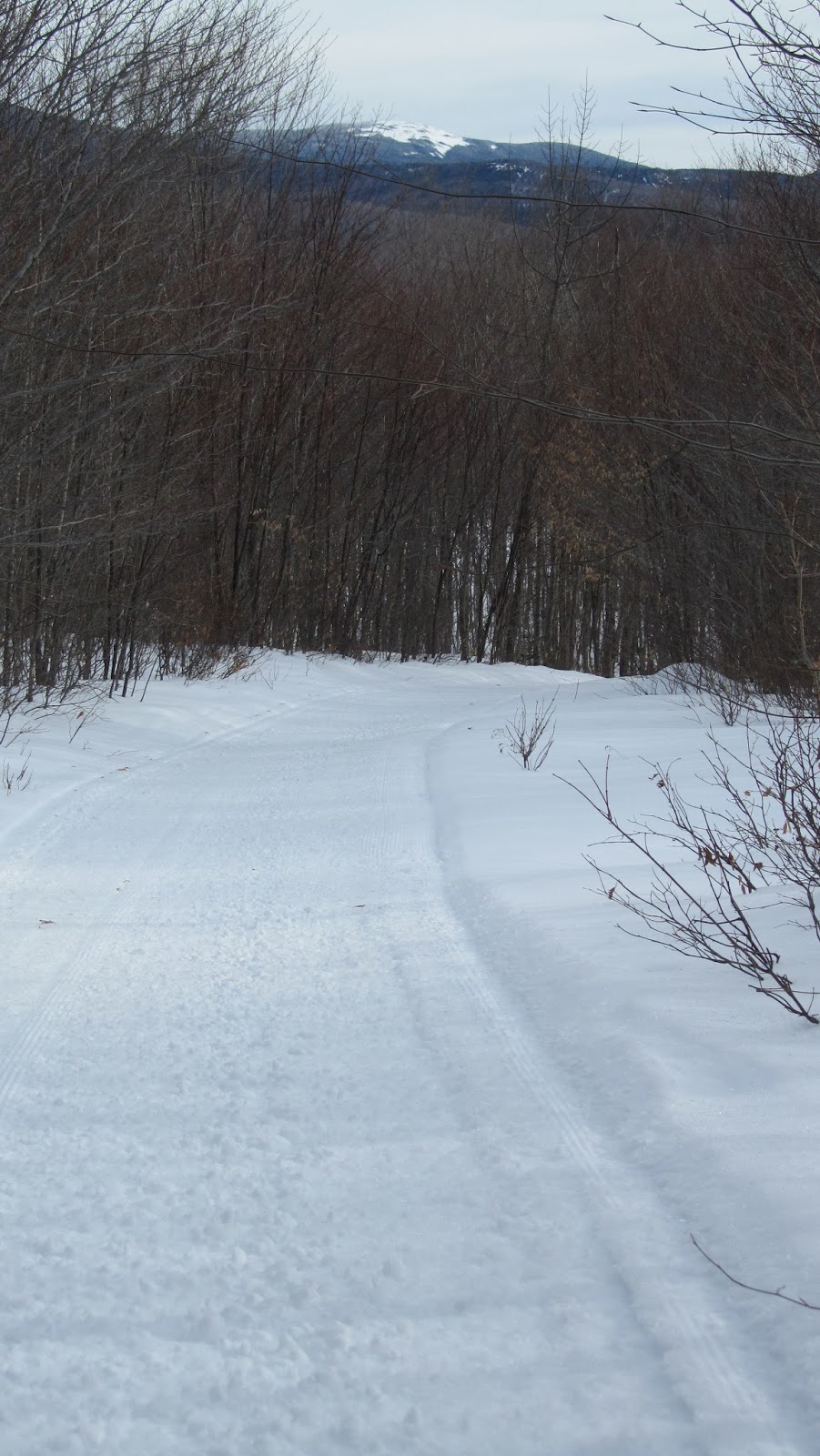 White Cap Mountain in the distance 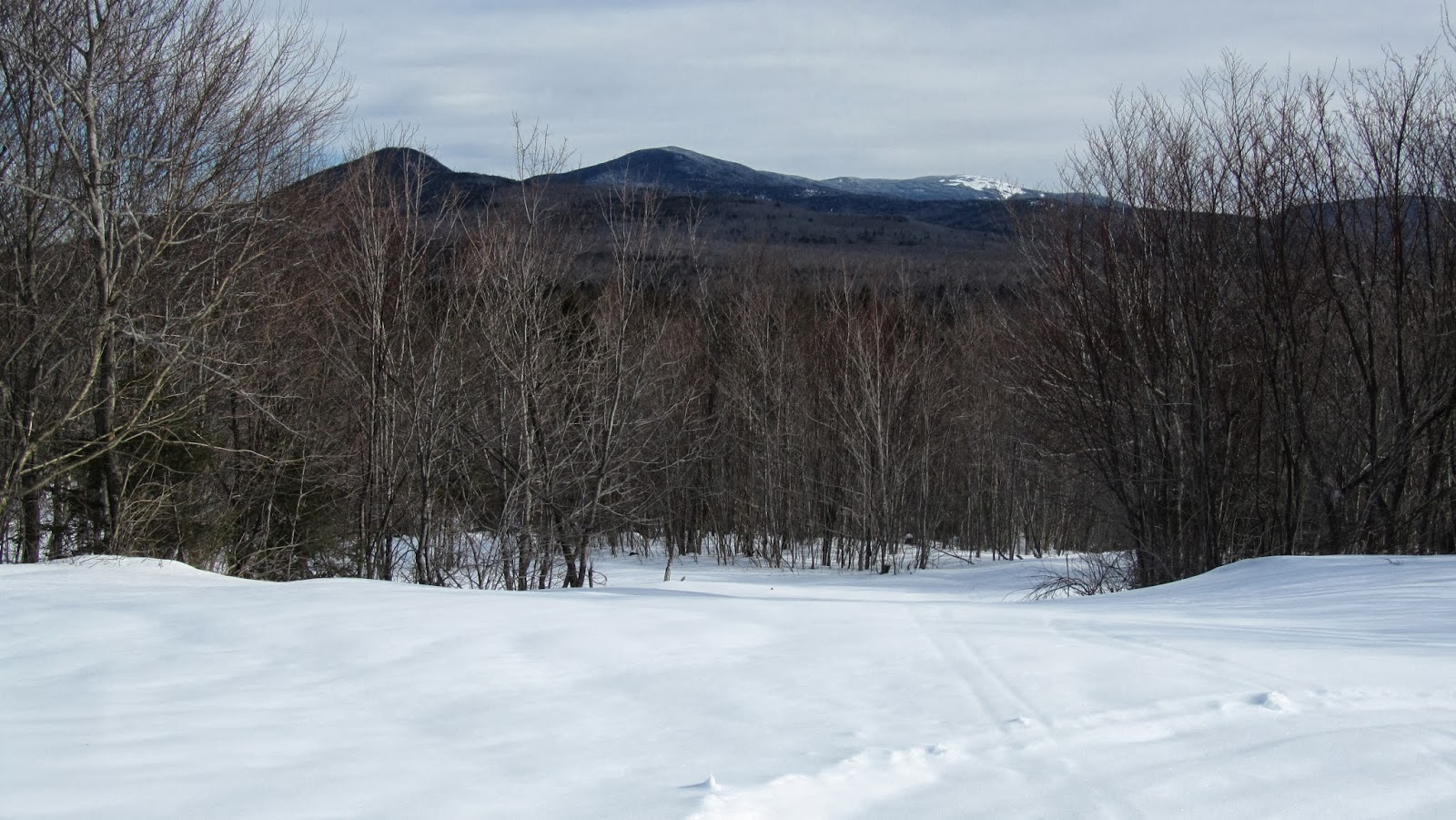 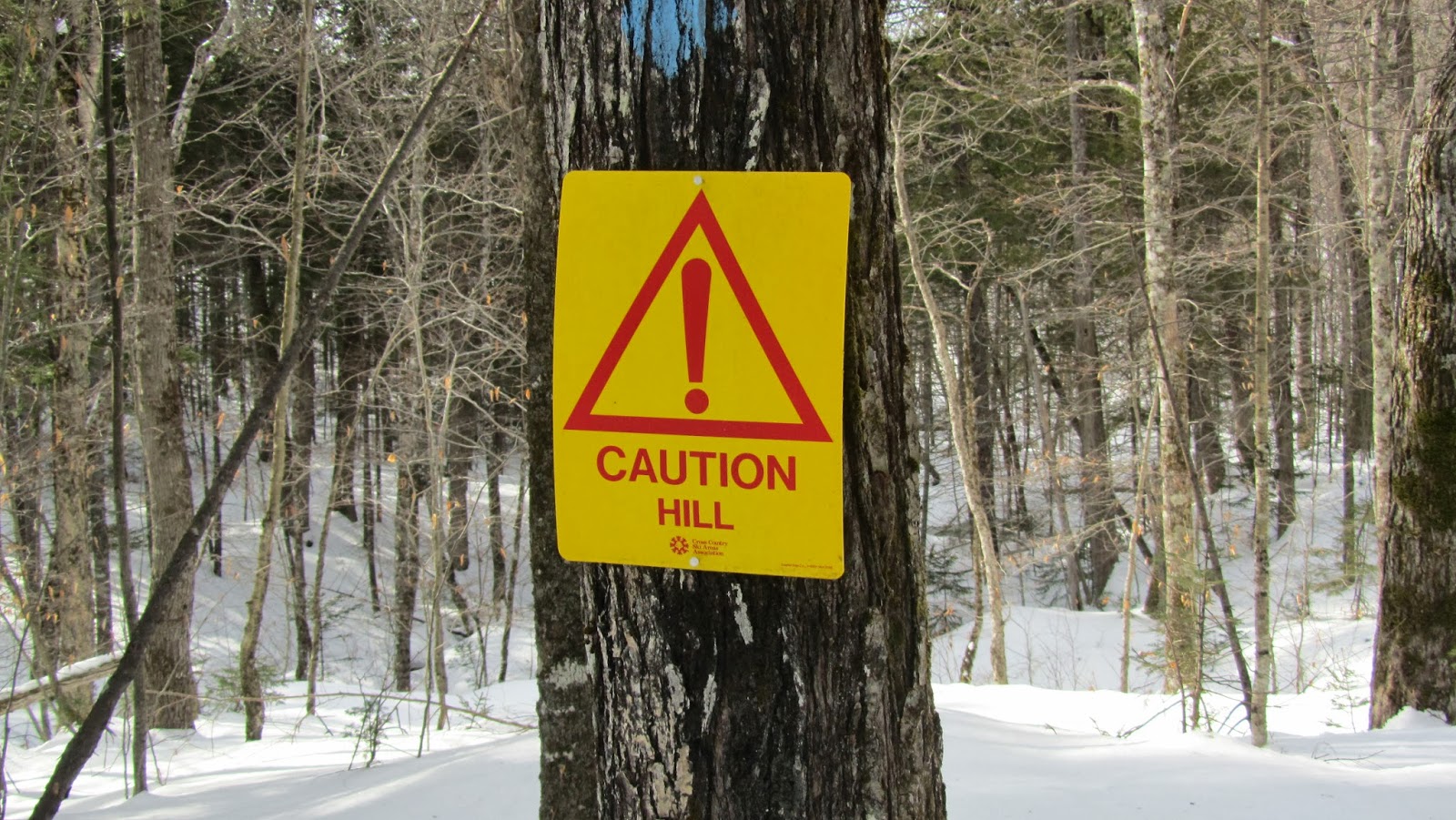 Perhaps the most difficult section of skiing on the AMC land is the Indian Mountain Circuit.  I only skied this trail once.  It is a fun and challenging trail that I was eager to try again.  This trail consists of two sections.  The north section runs about two miles and is usually groomed.  This is easily the most challenging of the groomed trails in the area.  The trail is seldom flat and is usually climbing or descending quite steeply for cross country skiing.  There are numerous sharp turns to add to the challenge.  To make this trail even more demanding, the trail was quite icy.  Turning quickly with cross country skis on steep icy slope can be difficult.  Nonetheless I made it through the Hedgehog Gate and the northern half of the Indian Mountain Circuit with no issues.  The southern section I will discuss later in this post. 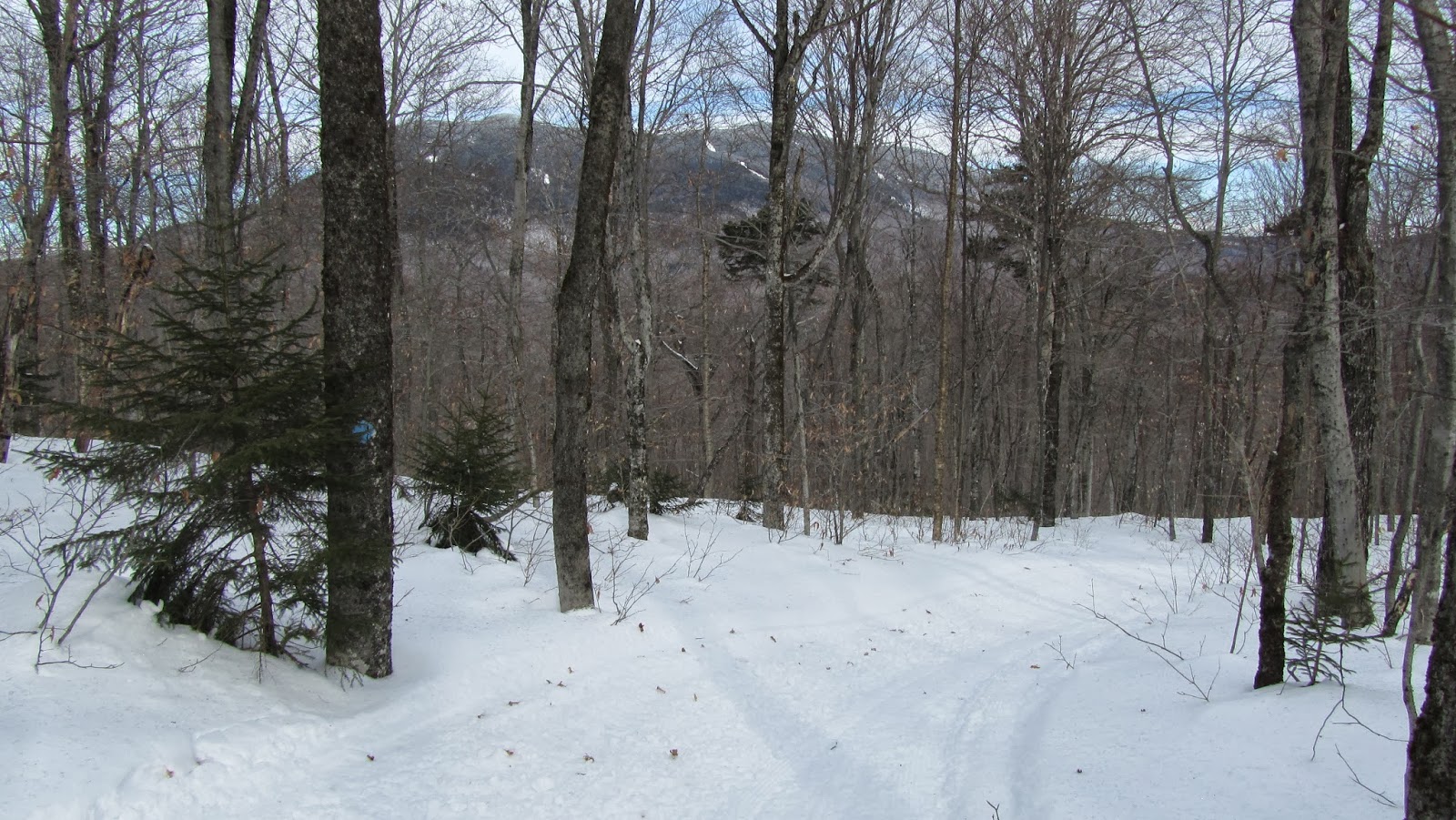 Baker Mountain appearing through the trees on the Indian Mountain Circuit

After crossing the groomed section of the Indian Mountain Circuit, I finally reached the Baker Loop.  The loop is only about 3.5 miles.  After skiing nearly all of the southern half of the AMC trail system, I think this is the most scenic ski trail on their land.  The trail travels between Indian, Elephant, and Baker Mountains with one of the peaks in view most of the loop.  The most scenic spot is where the trail crosses the ice of Mountain Brook Pond.  All three of the mountains are visible in different directions.  When returning back to the Indian Mountain Circuit, Katahdin is clearly seen as you ski down the trail.  Most of this trail was freshly groomed and skied nicely.  Near the pond the trail was in dense woods with little sun and quite icy as it dropped steeply to the pond on a windy trail. 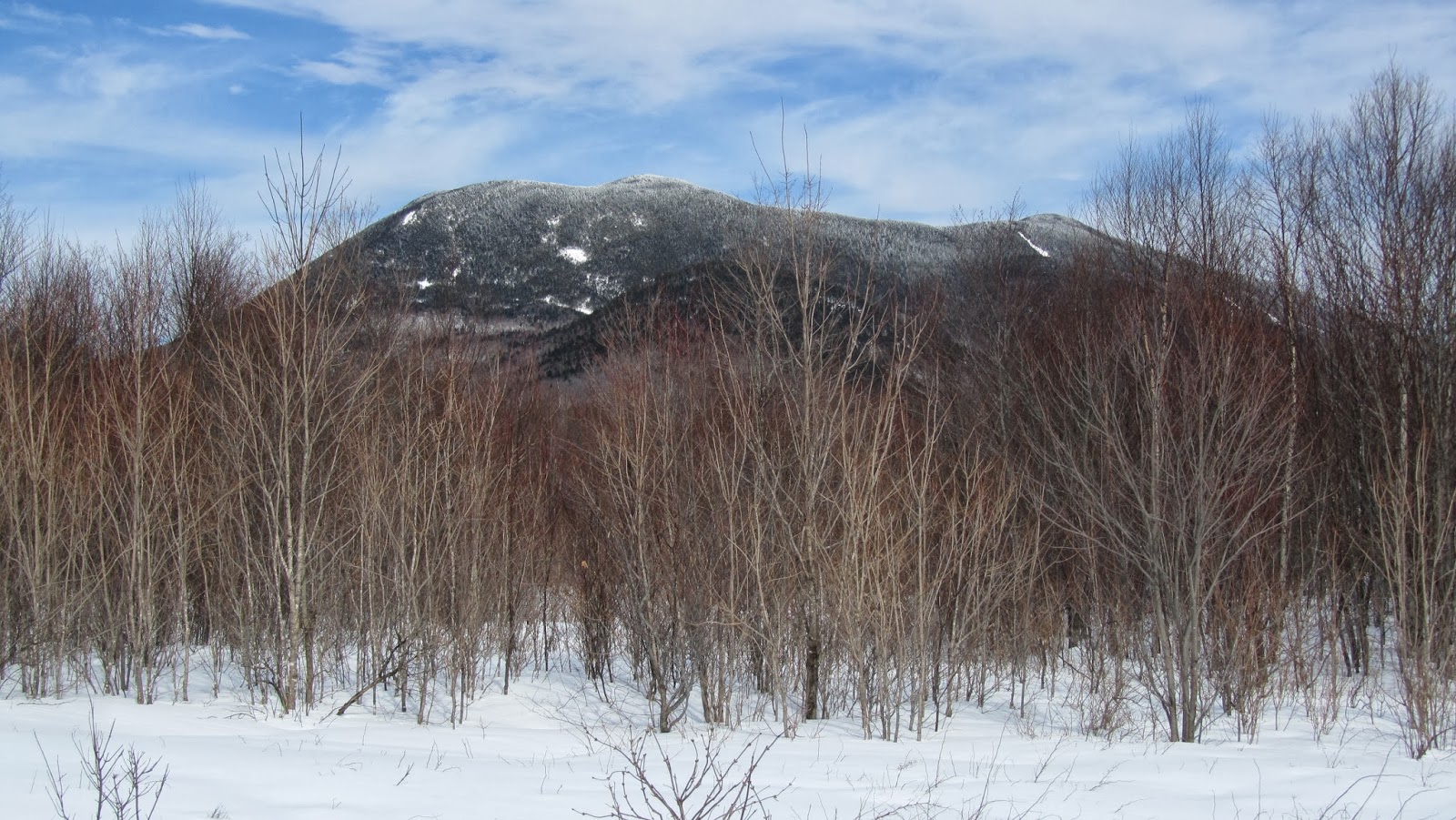 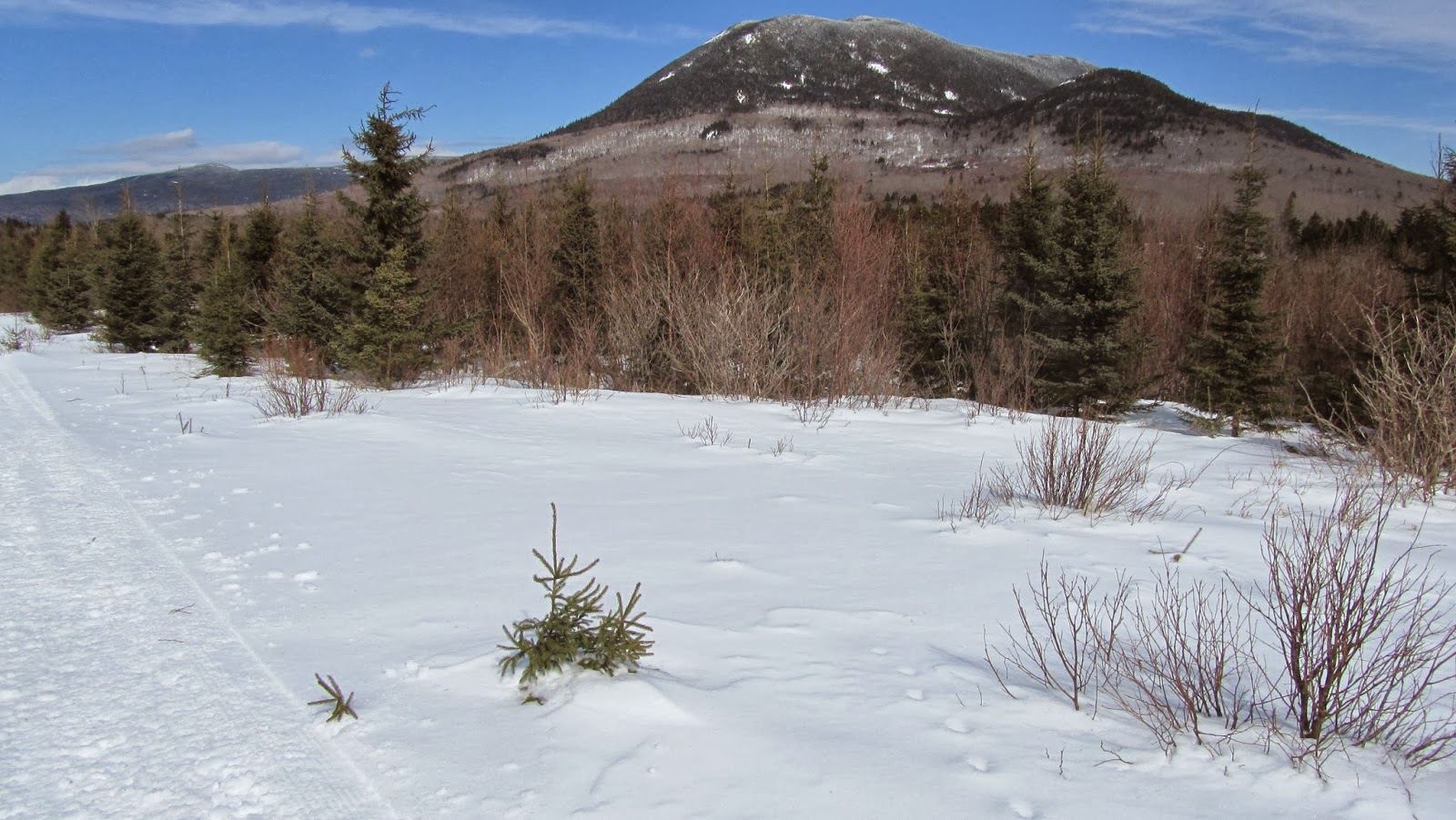 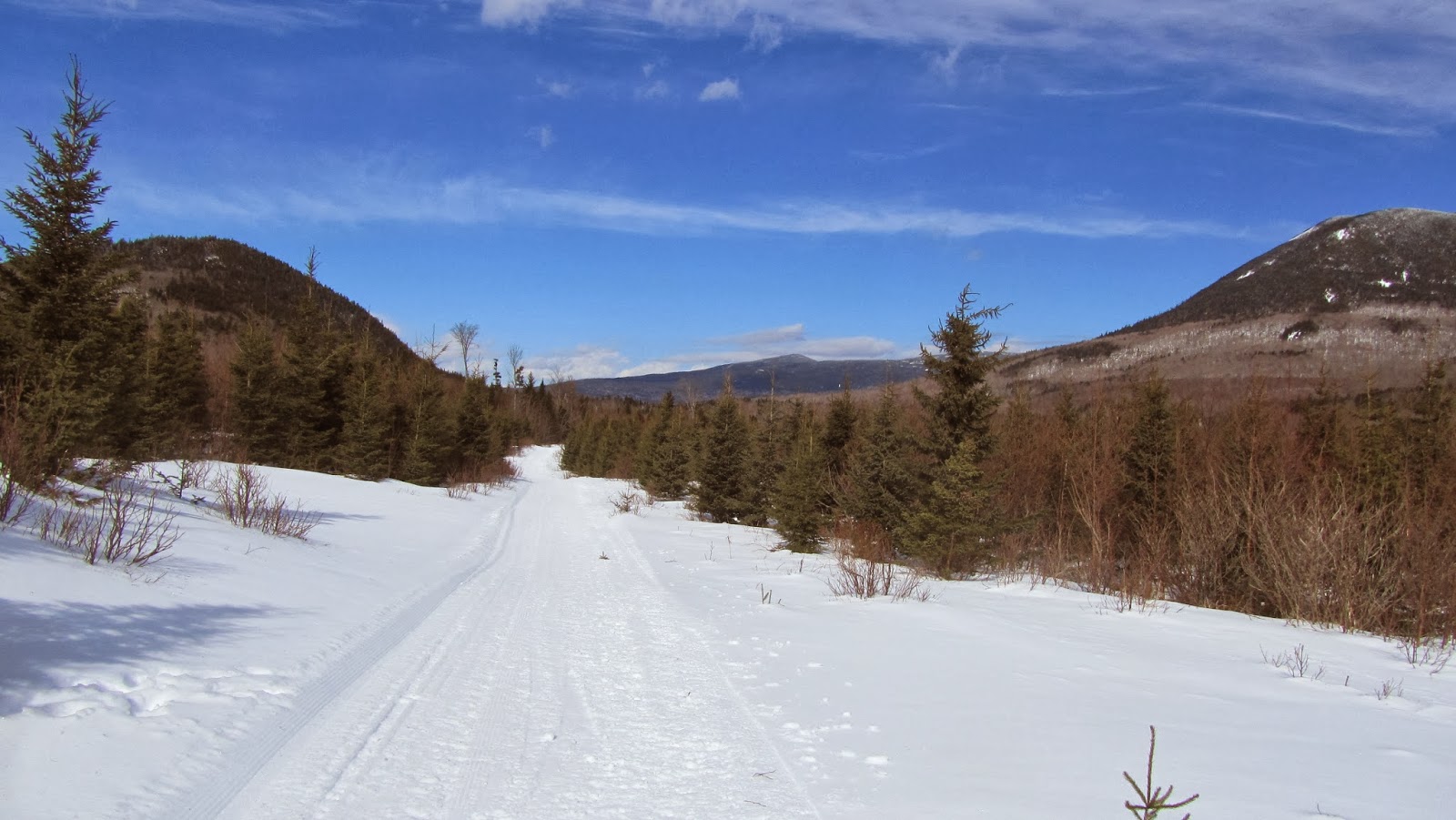 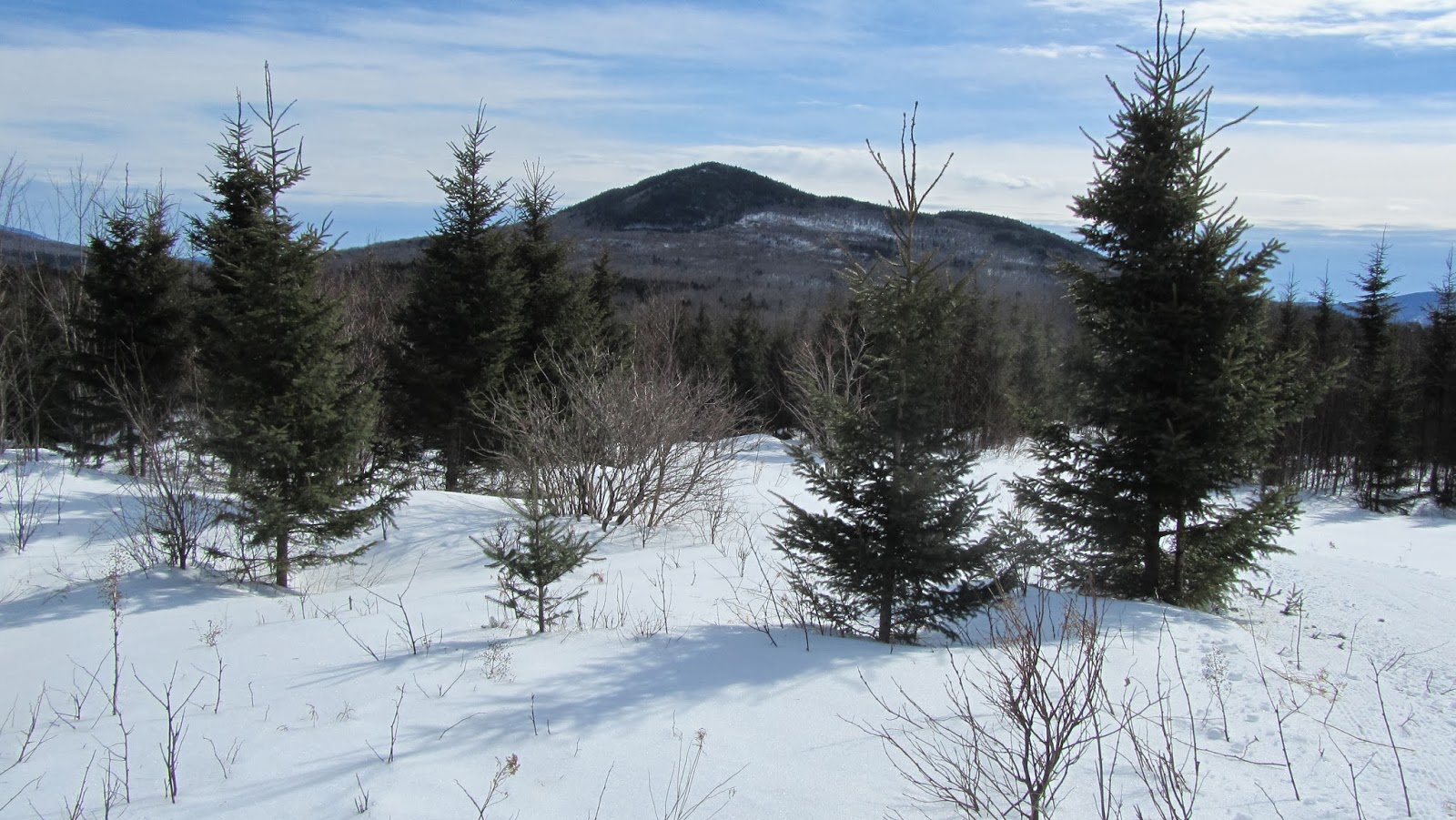 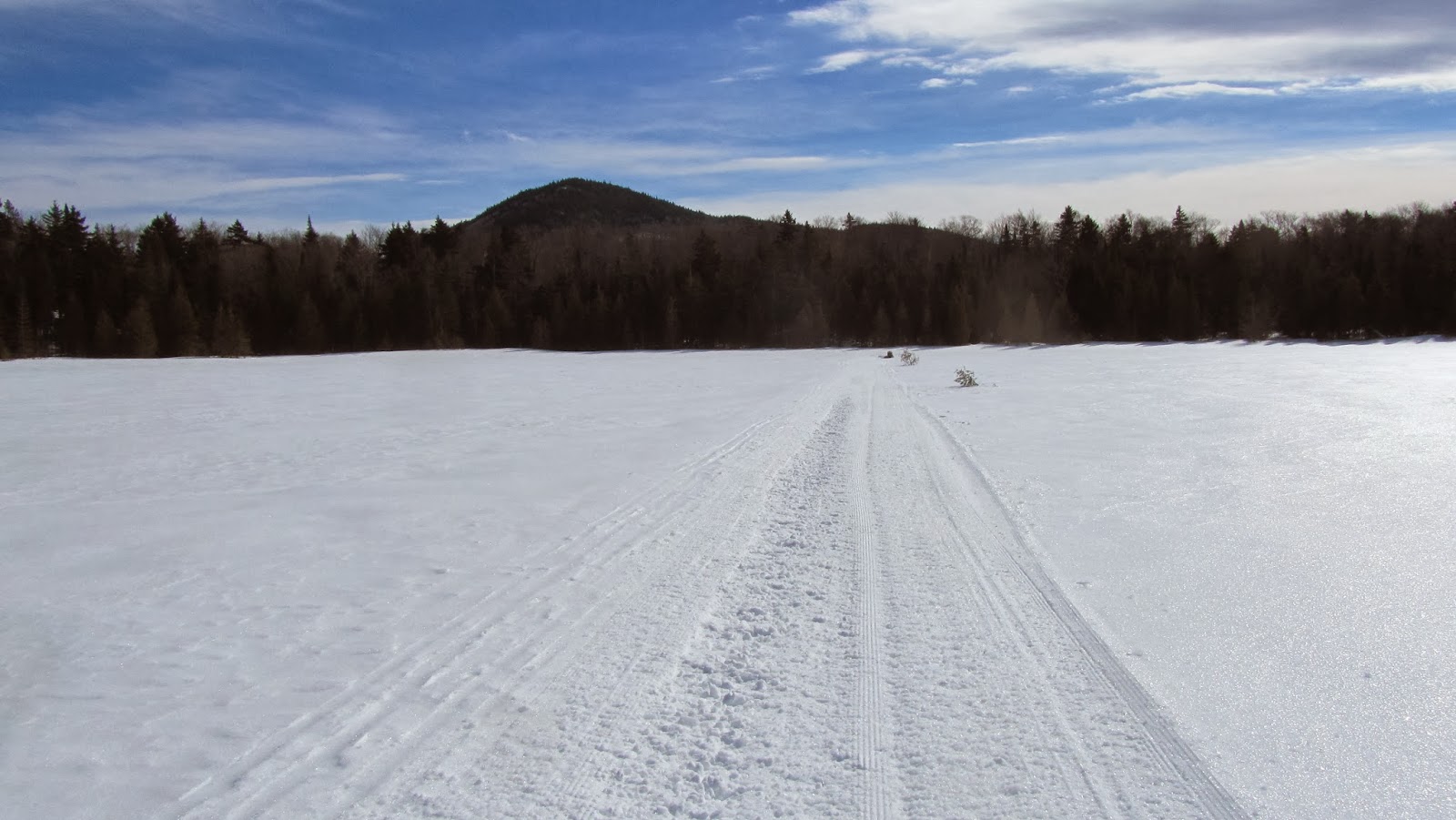 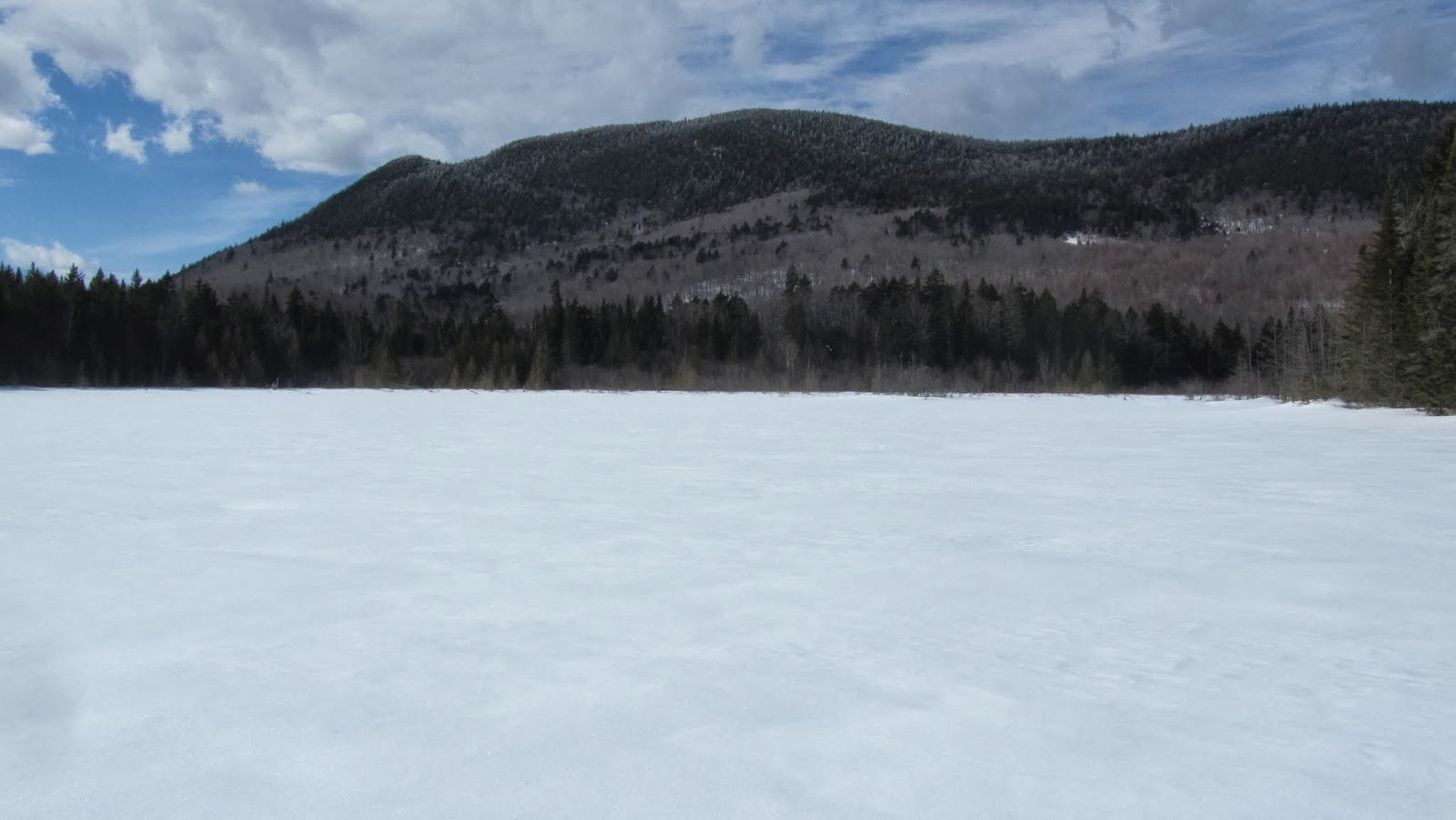 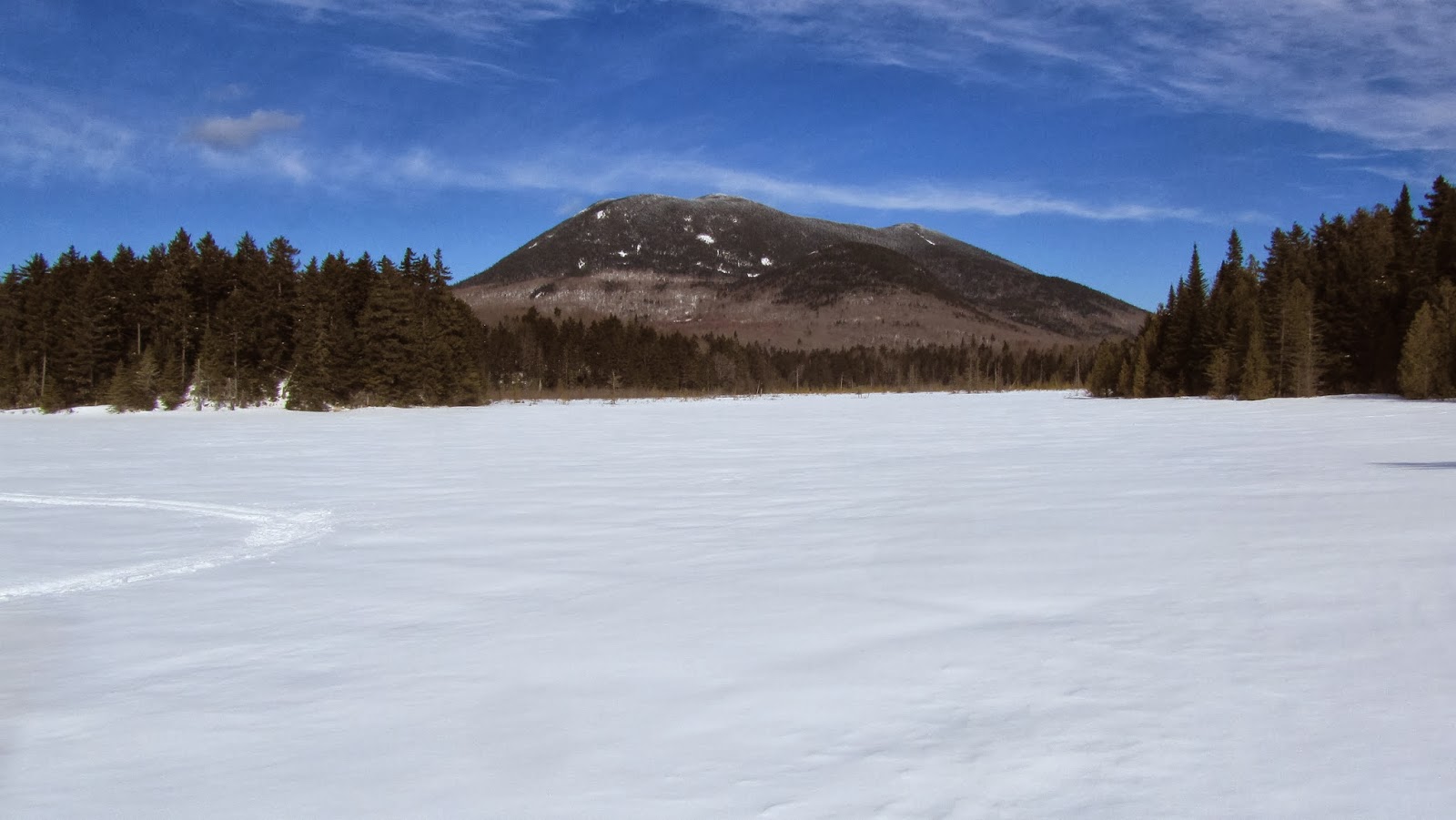 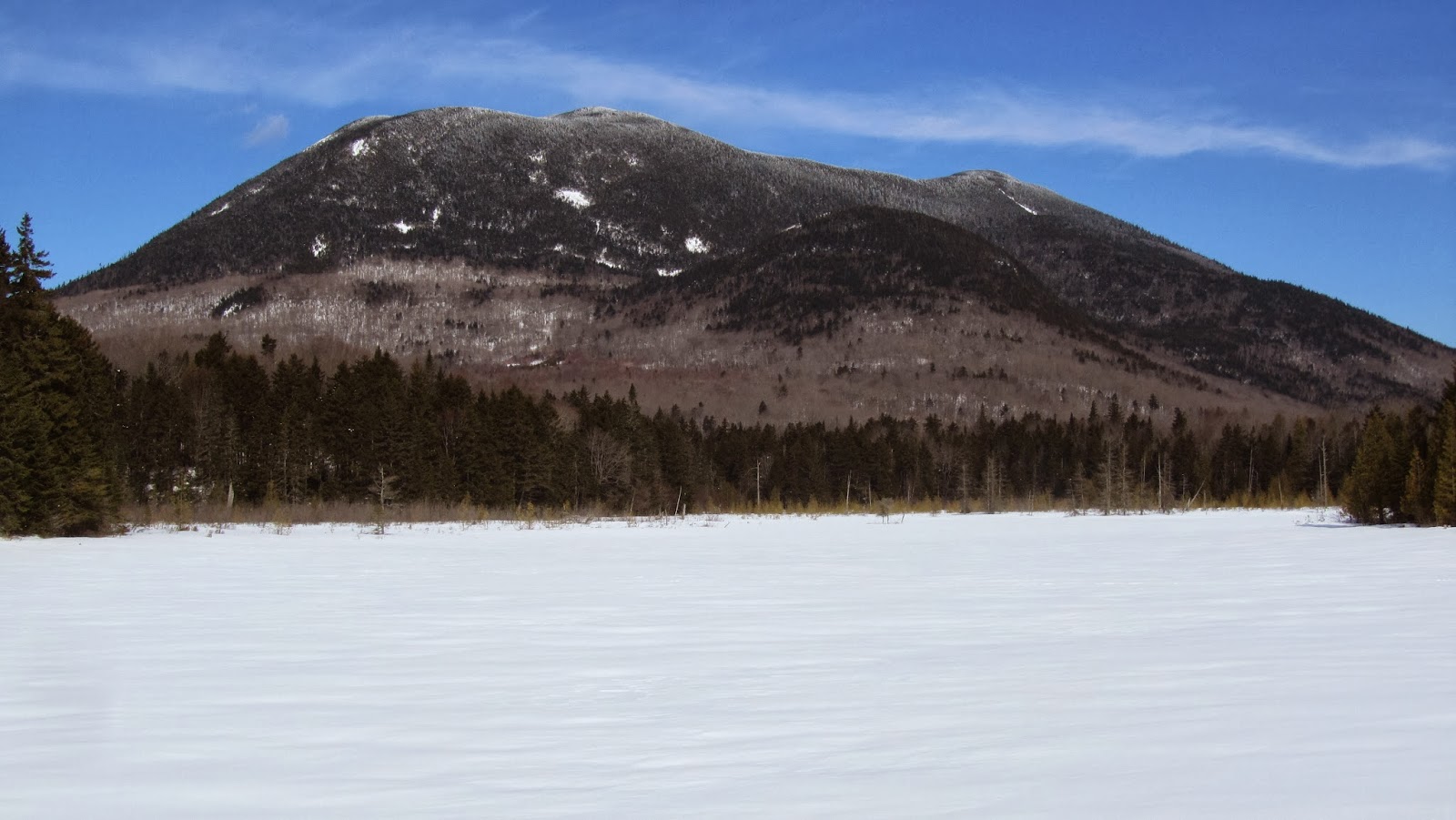 Close up of Baker Mountain 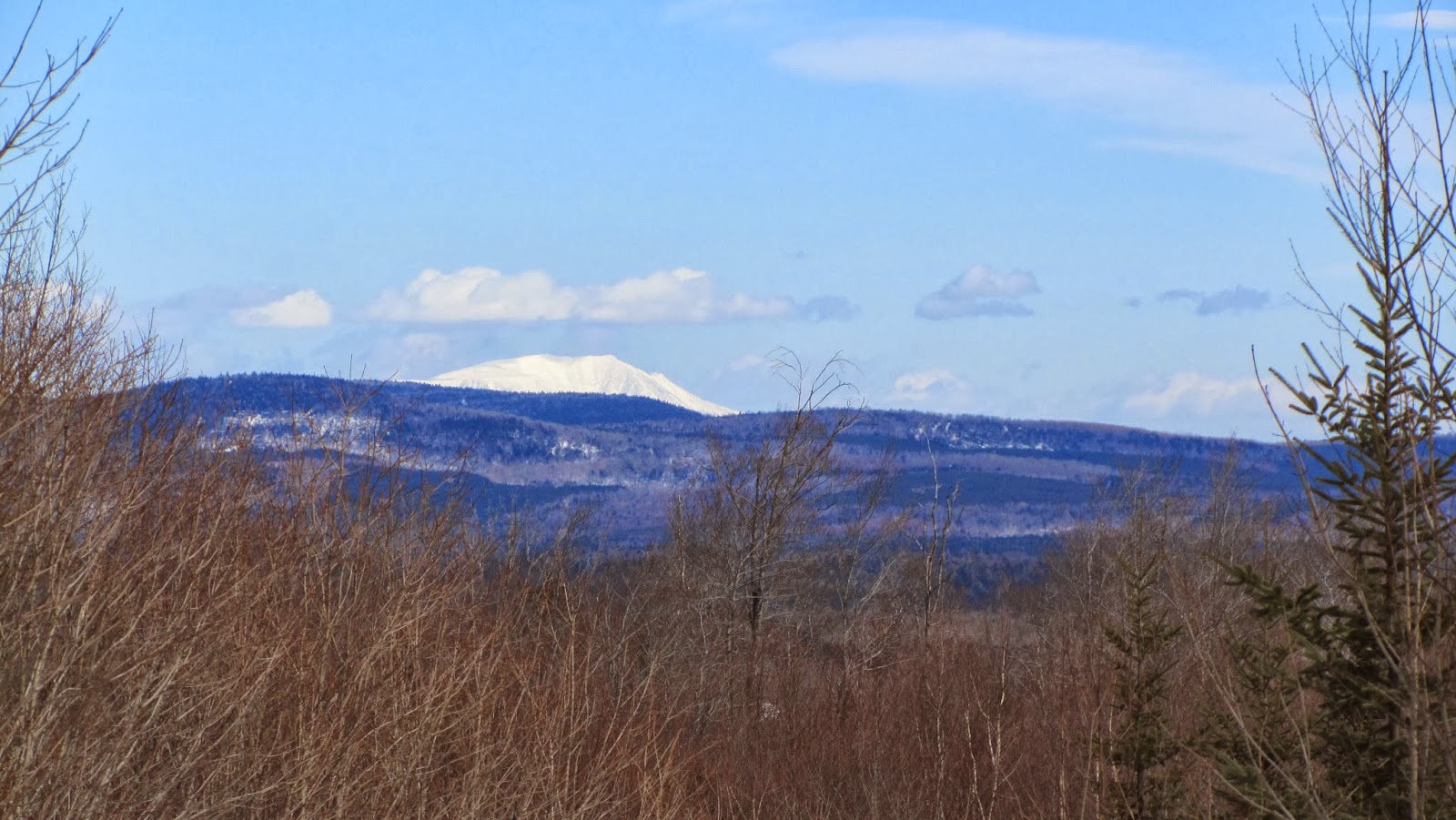 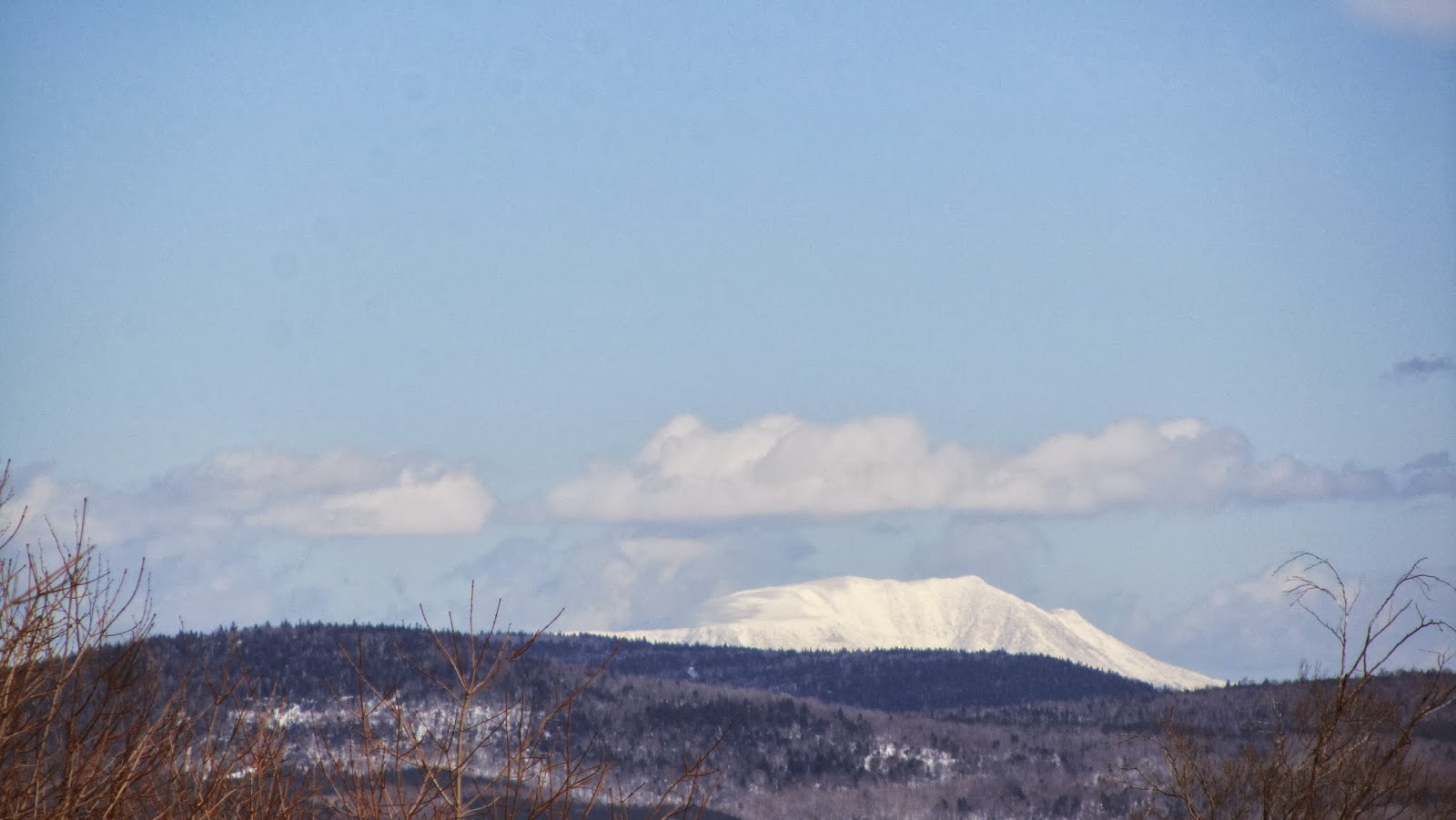 Close up of Katahdin

I returned to the southern section of the Indian Mountain Circuit.  This section of the trail is ungroomed.  This trail was manageable until it entered the woods.  The section of trail before the woods, in direct sunlight, was softer and skied nicely.  The unbroken snow in the woods was covered in a thick crust.  My weight rarely broke the ice and I glided on the surface.  As I entered the woods the trail began to descend.  It was never steep but with the ice, I couldn't stop or turn.  I just slid across the ice.  I would go a few feet, lose control, then fall.  My arms would usually sink up to my shoulder as I broke the crust.  Getting back to my feet out of the mid-thigh deep snow was challenging.  A handful of these slopes provided the same results.  Luckily this stretch was only a mile or so and not consistently steep.  I skied over 120 miles this season and only fell twice.  I think I fell close to ten times in this mile.  Luckily the deep snow made for soft landings.  I did end up with snow down my pants, up my shirt, in my shoes, and under my sunglasses however. 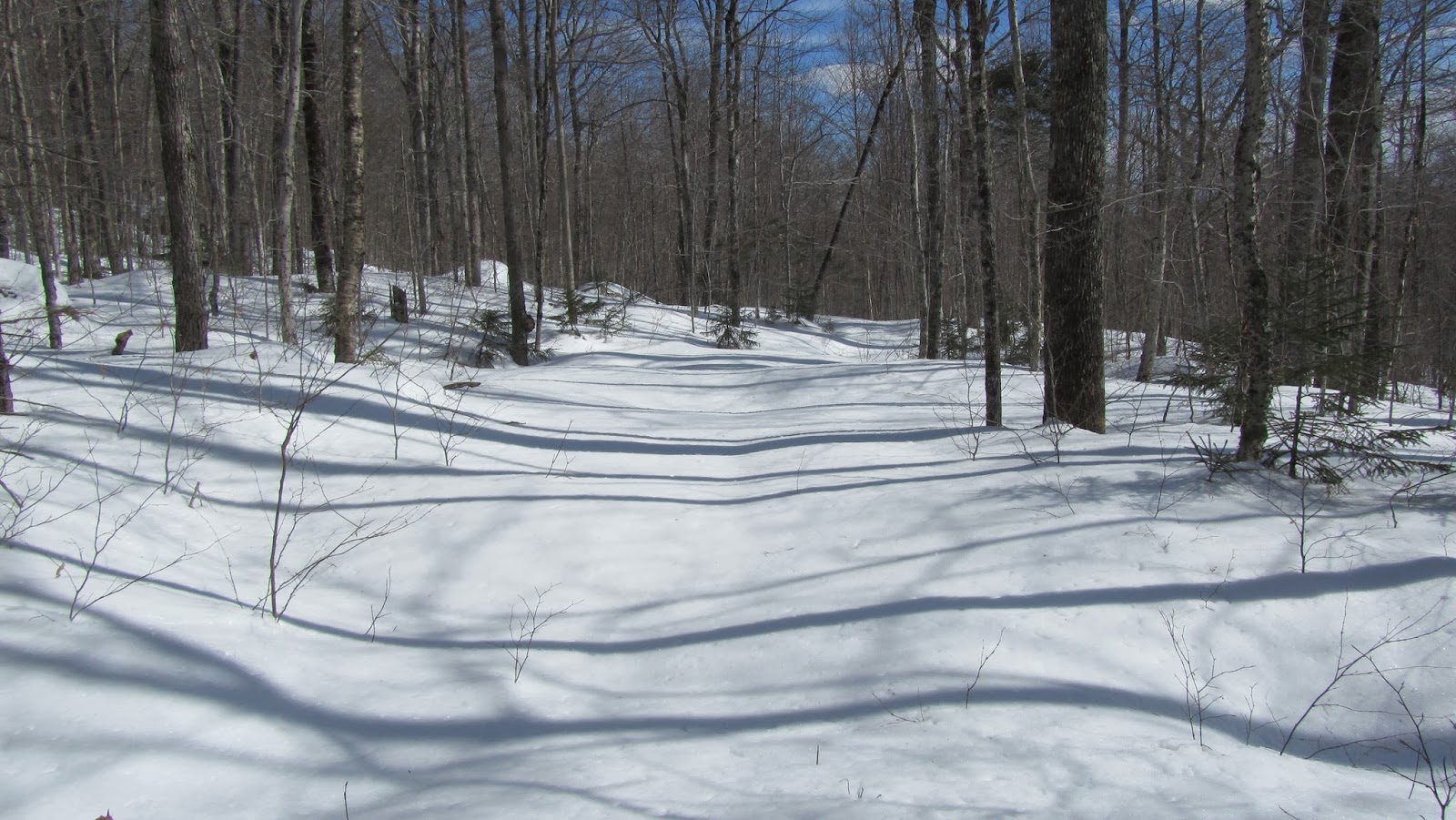 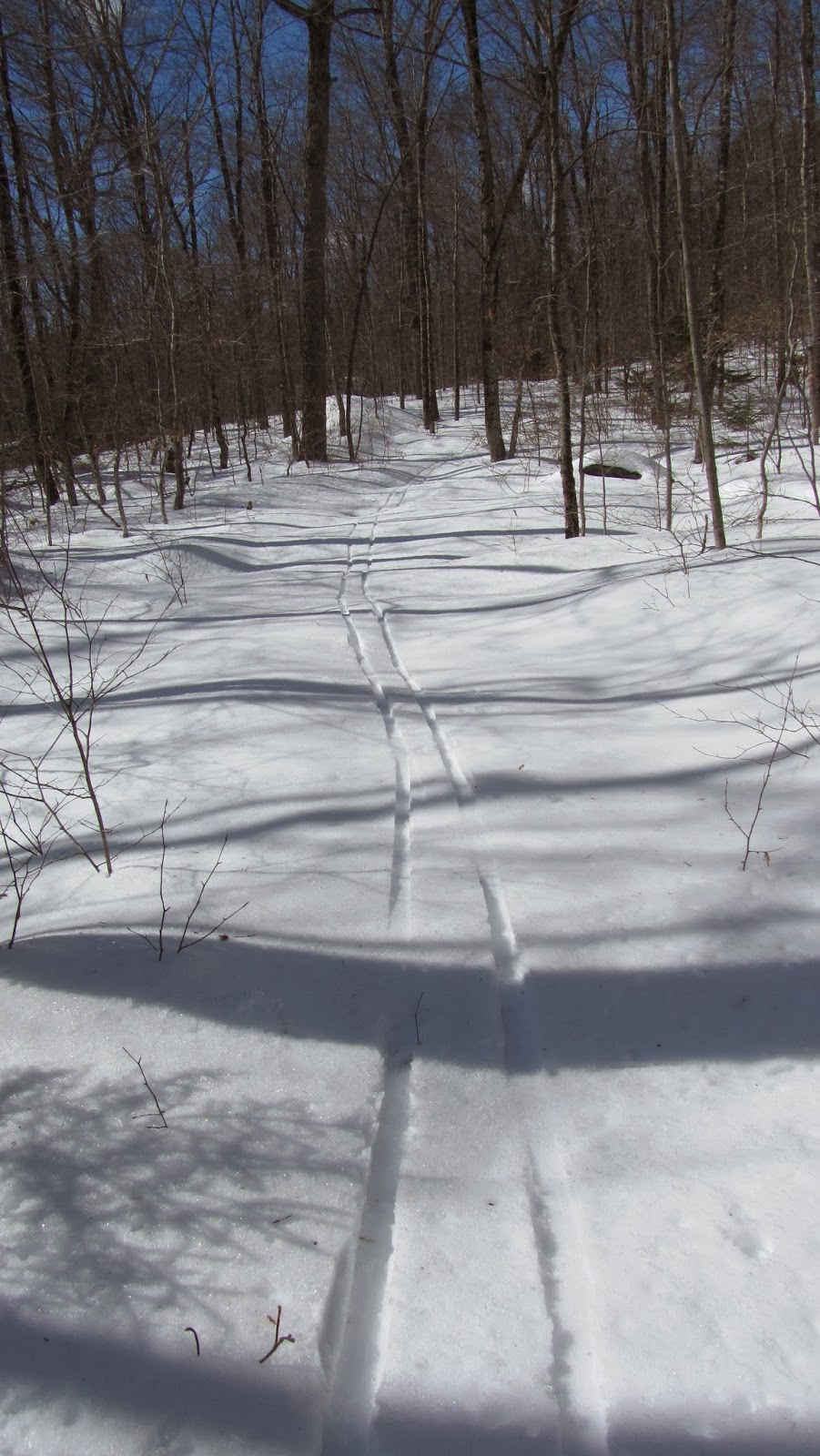 Soon enough I returned to the Hedgehog Gate Trail.  I was able to ski quickly and return to the trailhead without any problems.  The sun warmed nicely and softened the snow, eliminating nearly all of the morning iciness.  I made it back to the trailhead around 1PM, 18 miles and about 4.5 hours later. 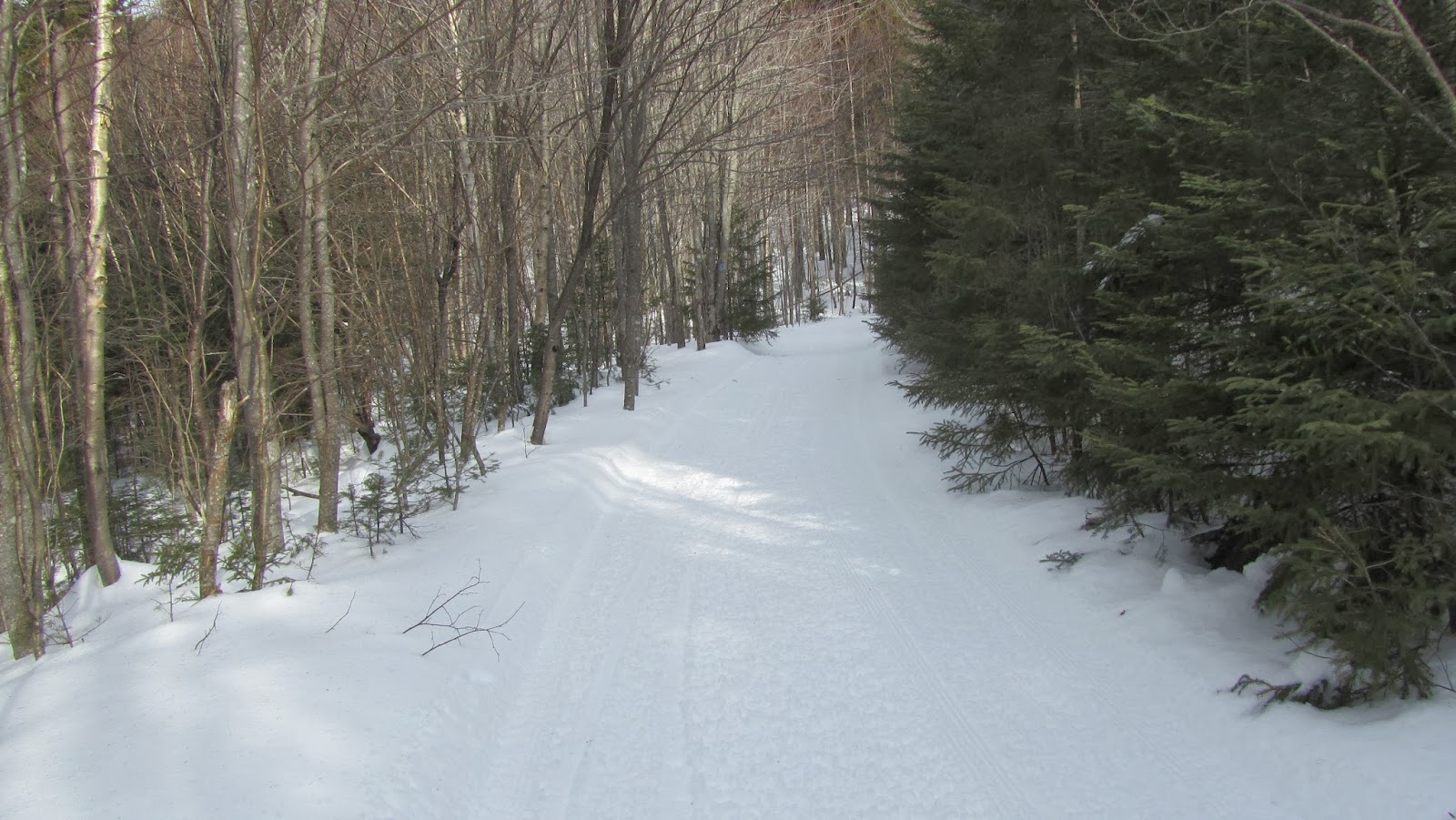 Despite the few mishaps on the Indian Mountain Circuit, I enjoyed this trip.  With clear skies, the Baker Loop was quite scenic. The entire Indian Mountain Circuit is normally a fun loop with its challenging terrain and ungroomed southern section but recent rain made the skiing a little tougher than normal. On a day with better snow conditions, this would be an unbeatable day trip.