Whale Watching off the Coast of Acadia

Puma and I were able to get tickets for a whale watching trip off the coast of Acadia National Park for half price.  While I've seen most land animals in Maine, I haven't had the opportunity to see too much of the ocean life.  The whale watching cruise let us see a few sea mammals up close.

We took the two hour drive to Bar Harbor, where the trip started.  I was surprised at how many people were crammed on the boat.  We were lucky enough to get a spot at the very front of the bow nonetheless.  They told us to dress warmly as the boat travels about 30 miles off shore and temperatures can be 25-30 degrees cooler.  On an 85 degree day this proved refreshing.  Almost immediately everyone bundled in jacket and hoods.  I guess Puma and I hardened to Maine weather as we were among the very few that didn't need a jacket.

The trip is about three hours.  Only a few minutes after leaving shore we saw a harbor seal swimming near the boat.  Nearly an hour of the trip is just getting to the viewing area.  On the way out we saw several groups of harbor porpoises swimming nearby the boat.  Numerous seabirds were sighted as well, including, gannets, shearwaters, and numerous gulls.

Whales started surfacing almost immediately when we reached the viewing area.  Two humpbacks rose to the surface numerous times, putting on a nice show.  The same two remained close to the boat the entire time we were viewing.  There was some other activity further from the boat but the boat focused on the two playful humpbacks.  A grey seal also swam nearby the boat while we were in the whale viewing area. 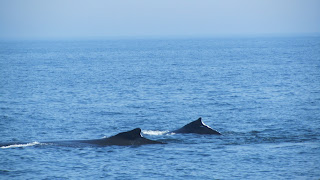 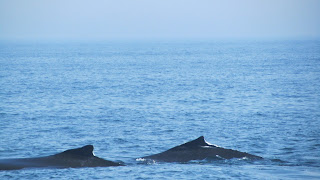 Seeing the whales in the wild is a neat experience.  The area off the coast of Maine is a good feeding ground for the whales and they spend most of their summer there fattening up before heading back to their winter breeding grounds.  Typically you would see the whales spout before they would rise to the surface.  Occasionally they would do a slight jump before fanning their tale and diving back underwater.  They remained surprisingly close to the boat, sometimes as close as 50 meters, not too far for a 40+ foot sea mammal. 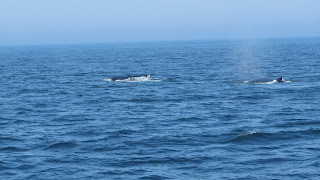 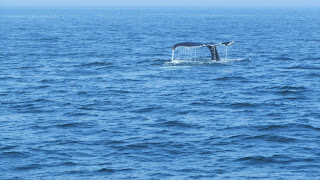 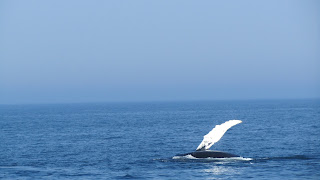 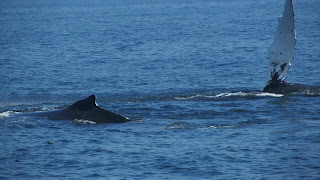 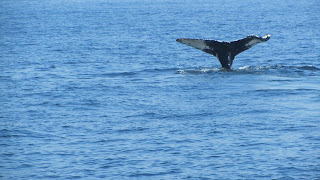 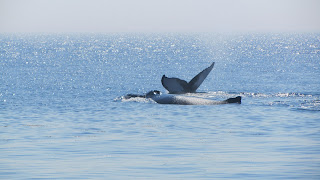 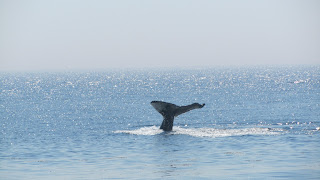 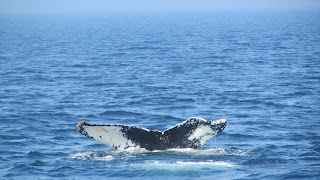 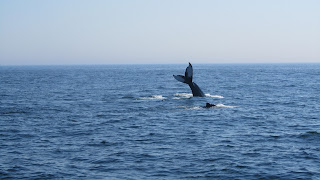 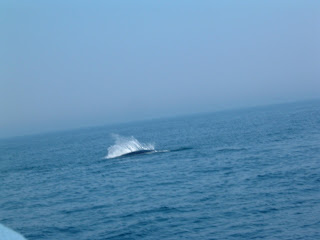 The return trip to shore takes about another hour.  Along with plenty of seabirds, we saw a few more groups of porpoises.  As you approach land, the mountains of Acadia National Park become clearer.  A few lobster boats are hard at work nearby.  Closer to Bar Harbor the boat passes near Egg Rock Light and the rocky shores of Schoodic Peninsula.  The rocky Porcupine Islands are passed before arriving in the harbor.  The large number of boats anchored in the harbor is amazing, from tall mast ships to luxury yachts and everything in between.  The mountains of the national park provide a scenic backdrop the entire approaching land. 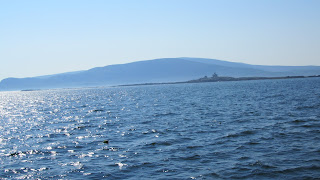 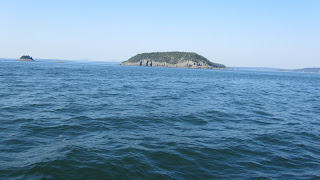 One of the Porcupine Islands 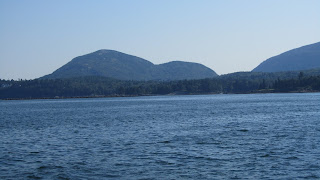 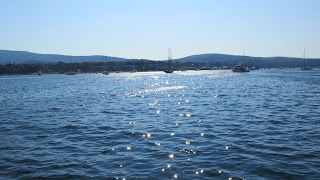 Boats in the harbor 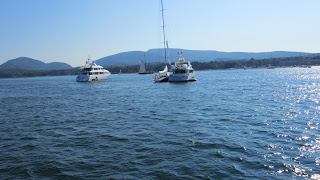 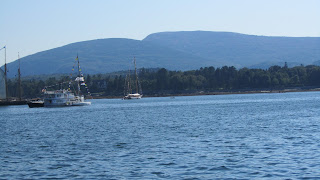 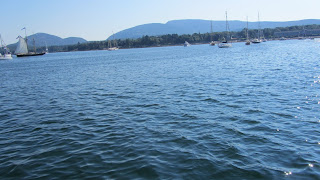 Bar Harbor with Champlain, Dorr, and Cadillac Mountains beyond 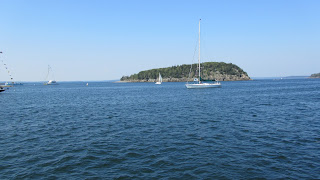 More boats in the harbor

I am glad we were able to go on the whale watching trip.  The whales were very active and never out of sight very long when we were in the viewing area.  The seals and the porpoises were also a neat to see fairly up close.  Sometimes you have to play tourist to see things you wouldn't normally see on your own.
Posted by TOMCAT at 7:56 AM